Add to compare
Home » Technology » How Does a Generator Produce Electricity?
Technology

How Does a Generator Produce Electricity?

It is said that Benjamin Franklin, one of America’s Founding Fathers, discovered electricity. That’s what most kids learn in school, and most popular media will run with that explanation. Though that implies that electricity was something that needed to be discovered, and it wasn’t. It’s something that exists all around us, every single second of every day, in absolutely everything. From ail molecules to everyday objects, it’s all made of atoms, and atoms contain insane amounts of energy. It just needs to be harnessed. Over the course of human civilization, we have figured out new and better ways to harness electricity. Your province’s local power grid is likely a very reliable source of electricity, but what happens when that fails? This is why many people purchase generators.

According to this electrician in Kennewick WA, a generator is an item that provides electricity for you independent of any sort of power grid or tie-in to a municipality. They typically consist of some sort of engine, operating on a fuel source, and they vary widely in size and output. Some generators are very mobile and can be wheeled in and out when needed. Others will require an electrician to install as they’re permanently placed in an area, even though only used when needed. Though before you grab a generator or visit a place like Colz Electric to find pros to install it for you, you might want to know how they work.

There’s a very common—yet entirely understandable—misconception when people think of generators. They think they produce the electricity. This isn’t actually how generators work. Nothing is produced. It’s one form of energy transferring to another, which transfers to another. What we mean by this might sound complex on its face, but it’s very simplistic to understand.

The first thing you have to realize is that the engine of a generator, which is powered by fuel, is dealing with a whole lot of energy. That energy is thus transferred from mechanical energy (the engine turning and burning) to electricity. Basically, kinetic energy is being converted into the electricity you use to power your home, appliances, business, etc.

Though the generator itself is also operating only because of an energy transfer. The fuel it uses, like gasoline or diesel, is basically resting energy that, when ignited, releases enough energy to power the mechanics of the engine. So everything here is a transfer; there is no energy that’s created or produced. Everything flows from one energy source to another, ultimately giving you electricity. 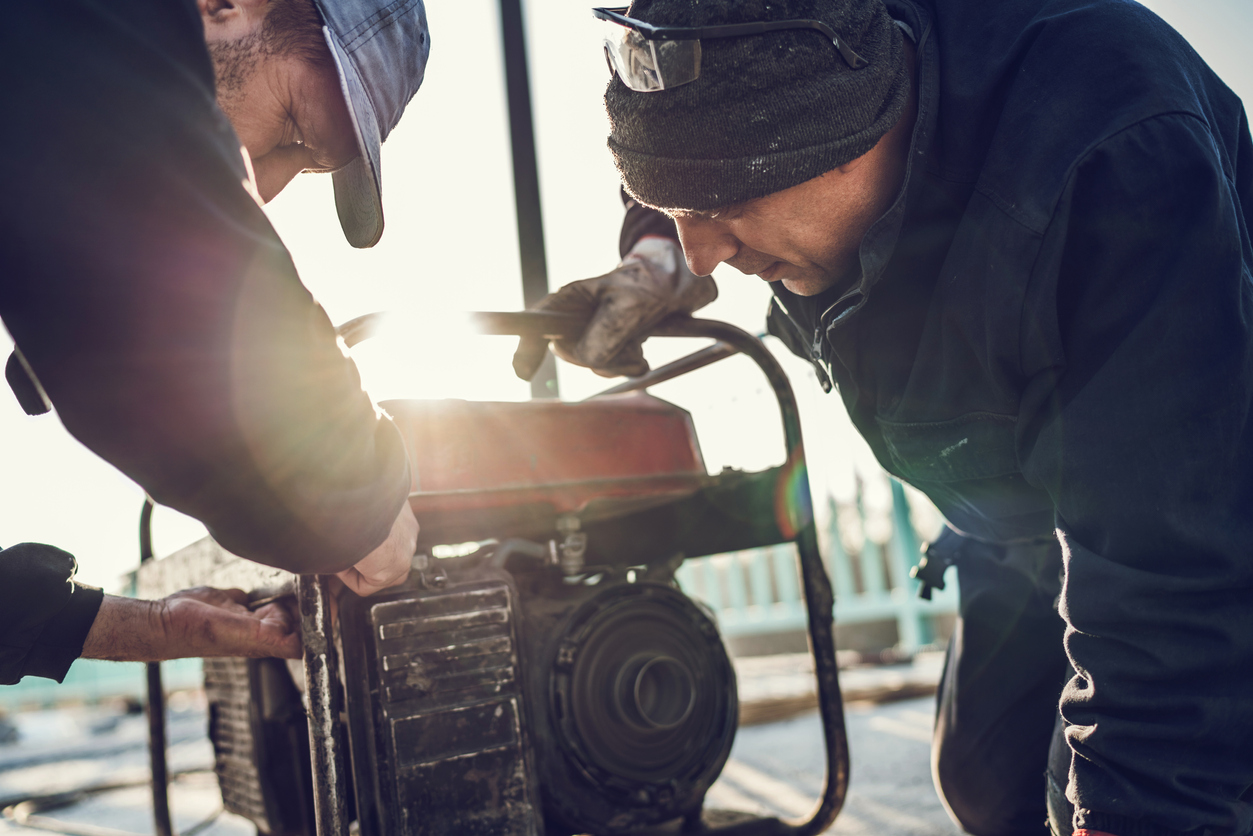 There are two main components of a generator: The engine itself, and the generator (which is basically a mechanical generation converter). Most of these engines are basic internal combustion engines, often four-stroke engines that you will find on lawn mowers and tractors. At least for smaller, portable generators, this is the common type. Their motors turn, and instead of moving a differential that’s going to turn wheels, it turns the shaft of the generator, which generates electricity through the transfer of power to your home or whatever else you may need.

Larger generators, like the type that would be put in place permanently by qualified electrical companies, also typically use internal combustion engines, though they’re much larger and will have electric or push-button starters, and a separate large fuel tank to keep them fed. Though the concept for a generator is mostly always the same: An engine that turns the generator to generate your electricity.

One thing to keep in mind here with any sort of generator is that quality matters. This goes for the generator itself, and in its installation by a qualified electrician, should you require a larger model. Think about these generators like you would a car. Which brand’s engines last longer? Which requires more work? Which are just too cheap to buy? You may be very reliant upon this electricity and need something reliable, so it stands to reason that you would seek out a high-quality generator with a reliable engine.

If you need a large generator that needs installation, then make sure you’re only working with the best electrical companies out there to assist you. If you just want a smaller, portable model, make sure you’re shopping for one with a high-quality engine that won’t break down on you.

Advantages to Using Video Production for Your Dallas Business