While pretty much all hybrid tablets are going to be compared to Microsoft’s Surface line of tablets with detachable keyboards, the market is widening, and competition is increasing for the venerable hybrid. And with the high price point of the Surface–not to mention the added burden of purchasing their Type Cover keyboard separately–seeing promising outings from companies like Samsung, Asus and others at a lower consumer price tag may mean the market is maturing.

Entering this arena with a big splash is the latest from Acer, the Switch Alpha 12, a slim hybrid laptop/ tablet that boasts a sixth-gen Intel Core i3, i5 or i7 processor. What’s more, the machine features an innovative liquid-cooling scheme that eliminates the need for a fan. By not only getting rid of the fan noise, but running without any clunky add-on pumps or other externals necessary for larger gaming laptops, the LiquidLoop Cooling system takes slim-profile, hybrid laptops to new levels.

While it may not be earth-shatteringly innovative on the outside, the Switch Alpha 12 features the first-ever liquid-cooled hybrid laptop to run an Intel sixth-generation Core ...

As the astute among us may have already conjectured, the Switch Alpha 12 comes with a 12-inch screen, only slightly smaller than the Surface Pro 4’s 12.3 inch screen. It features 2160 x 1440 resolution, nearly as crisp as that of the Macbook Retina. The system’s profile and set-up is similar to other hybrids in that the keyboard is detachable and there is a system for propping up the tablet for a laptop-like experience. But the Switch Alpha 12 is different in that it features an easily-accessed “kickstand” for the tablet screen that pops right out as opposed to requiring flimsy-feeling buttons or latches as some other hybrids do. Importantly, the full-size keyboard comes with it right out of the box, not as a $100-plus add-on as it does with Microsoft. 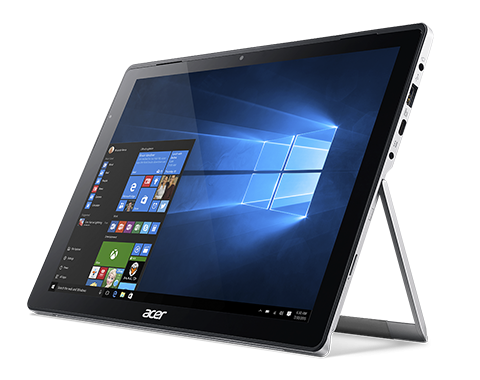 Weighing in at 2.76 pounds or 1.25 kilograms with the keyboard and 1.98 pounds or about 900 grams as a stand-alone tablet puts it smack-dab in the middle of Apple’s 11-inch and 13-inch Macbook Air models–which makes sense, given that it is a 12-inch model. And it is remarkably slim, at a mere 0.37 inches or 9.5mm as a tablet, and about double that with the keyboard. But perhaps most intriguing is the aforementioned fanless design, featuring the company’s patented liquid cooling system.

Indeed, the first thing you have to talk about when it comes to features on the Switch Alpha 12 is of course the cooling system. Whereas some hybrid laptops run on a Core M processor which doesn’t require a fan, the Switch Alpha 12 runs on Intel’s Core  i3,i5, or i7 processor, and so normally would require a significantly more robust fan.

However Acer has stepped up to the plate here by doing something even the big boys haven’t contemplated yet by creating their LiquidLoop Cooling system. They claim the closed-loop liquid system uses the heat of the coolant as it expands into gas to keep the entire system moving, dissipating heat as it circulates throughout the system. This allows Acer to forgo external radiators or pumps like you find on the much more massive ASUS GX700 gaming system. And although most laptop users probably don’t really notice the sound of a fan running on their machines–simply due to the ubiquity of such background noise–the lack of that sound is definitely a noticeable relief when using the Switch Alpha 12.

Running on full Windows 10, the system boasts plenty of processing power with that Intel Core i3, i5 or i7 processor and 8GB of RAM. You can get up to 512GB of storage, plenty for most work-related projects, movies, and light gaming.

The keyboard attaches firmly to the tablet with magnets, so firmly in fact that some noodle-armed testers had minor difficulty separating them once attached. It features a USB 3.0 and a USB-C port, with extra power allowances for use in charging other devices.

One great thing about the Switch Alpha 12 is that the Acer team has crafted a machine that is simultaneously light and slim but which also has a sense of solidity to it. There is a density to it that belies its light weight and slim profile, even down to its kickstand, which features a more roughed-up metal on the bottom edge so as to prevent slippage. For such a small laptop hybrid, carrying it around town it will feel in no way delicate or fragile.

The keyboard is one of the finest features of the Switch Alpha 12, featuring short travel with 1.4mm actuation and sharp feedback, enough so that you will easily be able to transfer your typing skills from your native PC or laptop to this machine. As stated previously, the magnetic grips that attach the keyboard to the tablet component provide a good, solid link, so much so that they a reluctant to come apart even under pressure–but that’s a good thing, especially if you’ve ever used a hybrid with a loose connection that forever seems to want to detach.

Acer says that there will also be a backlit keyboard that will be available but no prices have been released. One more nice touch is that as an upgrade Acer has on offer is a

stylus for the Switch Alpha 12, which they say is responsive to some 256 levels of pressure. 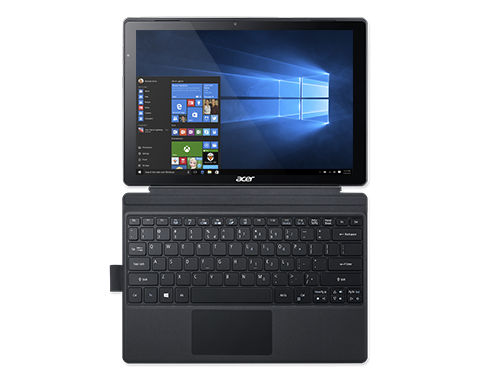 Featuring a screen resolution of 2160 x 1440, the 12-inch QHD IPS touchscreen packs a bright, crisp look suitable for movie viewing as well as light gaming. It has tremendous maximum brightness, and the colors are rich and lively. The aspect ratio of 4:3 is in keeping with the current standard for tablet/laptop hybrids as set by the Surface Pro 4. a nice touch from the folks at Acer is that the kickstand allows the screen to tilt back nearly horizontal, to 165 degrees, allowing tremendous flexibility for use while standing, sitting at odd angles, in bed, etc. The audio is respectable, with front facing speakers that provide a pleasantly surprising richness and full sound.

The sides of the tablet feature one USB 3.0 port and a USB-C 3.1 port, allowing you to transfer data or stream video to external devices and displays seamlessly. Each of the ports is rated to power other items as well. The rear-facing webcam is a full HD, 5MP camera with 2592 x 1944 resolution, more than enough for not only video conferencing, but also for recording more artistic videos, such as musical performances. The front-facing camera is no slouch either, with a respectable 2MP HD resolution.

Boasting 8GB of RAM to go with that Intel Core processor, the performance on the Switch Alpha 12 can definitely hang with any among the competition in terms of performance. And the versatility offered by having the varying options for processors means that a budget-conscious college student could be just as satisfied with an i3 model as a professional video editor could be with the i7. 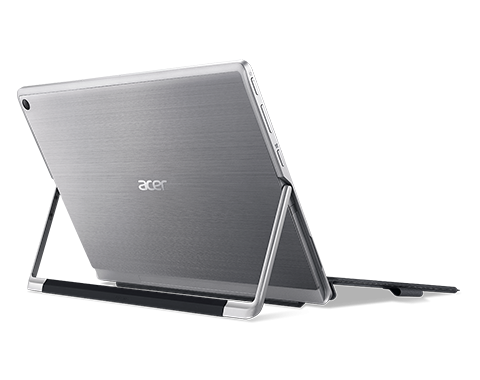 Intel’s integrated HD Graphics 520 provides sharp clean images and video, with 24 execution units clocked at 1050 MHz. While the lack of dedicated graphics memory or DRAM means it has to access the main memory–hence the “integrated” part of its name–the performance consistently comes in very good according to most testers. The fastest version, running on the Core i7, compares favorably with the Nvidia GeForce 820M, plenty of graphics speed for the type of uses a laptop hybrid is meant for.

The battery life on the Switch Alpha 12 is typical for a machine of this class, coming in at a respectable 8 hours or so according to Acer. But some early testers reported that they had beaten that mark; heat being the enemy of power, there’s a strong possibility that the liquid-cooling system will be able to ensure even longer battery life in the real world.

The Switch Alpha 12 runs Windows 10 in gorgeous fashion. Additionally, if you purchase the stylus ($49 approximately) there is added software for Windows 10 Ink and a custom Acer menu that gives you shortcuts to OneNote for drawing as well as screenshot snipping. The Switch Alpha 12 comes with a one-year limited warranty. 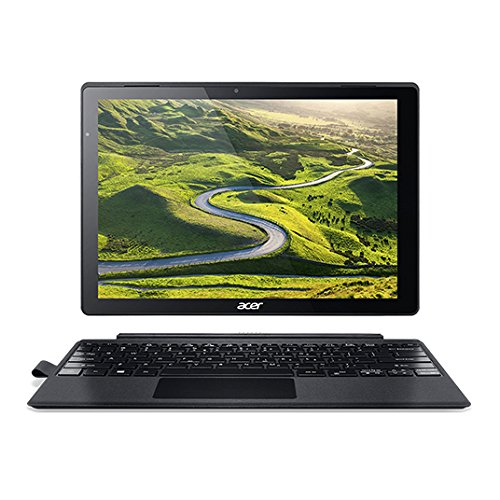 While it may not be earth-shatteringly innovative on the outside, the Switch Alpha 12 features the first-ever liquid-cooled hybrid laptop to run an Intel sixth-generation Core processor without a fan, making for a lighter, quieter ride. Featuring a close-run set of specs in comparison to those of the Surface Pro and other higher-priced competition, the Switch Alpha 12 still comes in at $100 to $200 cheaper than the competition–up to $300 cheaper, if you count the added cost of the Surface’s keyboard.

Overall this is a top-quality, rock-solid hybrid featuring liquid cooling tech that will please even the pickiest of users.

Cool, quiet power—that pretty much sums up this great device