The Alienware 15 Touch Signature Edition is a gamer’s dream. The first thing the eye is drawn to, naturally, is Alienware’s signature fully customizable lights, with 10 lighting zones and nearly infinite color combinations so you can customize your own signature look–and change it at will.

But while Alienware may know how to present a cool, colorful surface picture, the really impressive aspect is its ability to bring home the best gaming experience possible–as anyone who has ever used a machine from Dell’s signature gaming-focused line knows.

Despite the mesmerizing colors and shiny top, at its heart the Alienware 15 is no mere show pony–this is a gaming workhorse. Packed to the brim with NVIDIA’s GeForce GTX 970M graphics processor, a 6th generation Intel Core i7 processor, along with a whopping 16GB of RAM, this beast is ready to rock, right out of the box. 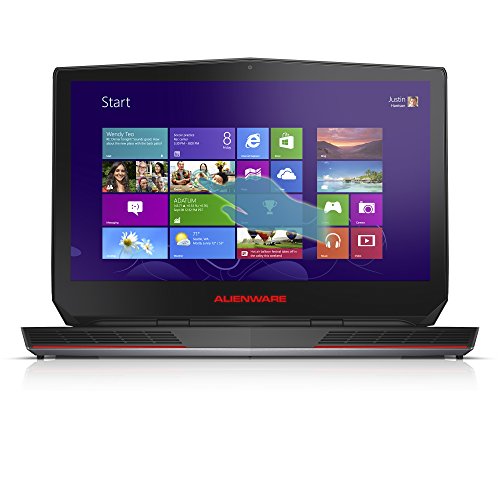 And at a very generous starting price of only $1200, the Alienware 15 is primed to give competing gaming systems a serious run for their money–while saving the user plenty of green as well. Here’s the skinny: 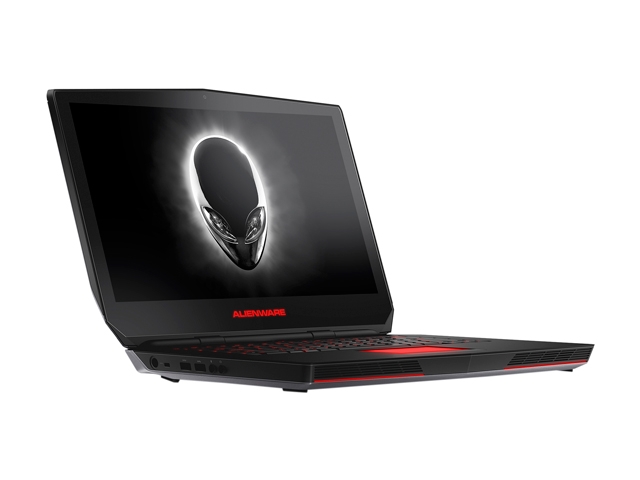 As mentioned above, the first thing you notice about the Alienware 15 may be its customizable lights. The second thing is no doubt going to be its weight. This may be a laptop, but it’s not the kind of laptop you are going to want to use on your lap on a regular basis. In other words, it is portable, but it’s not portable. This is not the machine to buy to replace your daily work computer that you haul around on your shoulder every day. But the truth is that doesn’t really matter. And you’ll soon understand why.

Yes, it weighs in at a hefty 6.6 pounds, and yes, this system also boasts a thick body at 34.4mm, significantly thicker than a standard laptop. But here’s the thing: when you pit it against other gaming laptops, it actually falls somewhere close to the center of the bell curve for size and weight–and that is even considering its 15-inch screen, whereas many competitors in the laptop gaming sphere only go to 14 inches.

And the fact of the matter is the Alienware 15 was designed with power at its heart, the kind you need to muscle through marathon gaming sessions–which you spend seated in one spot, not dashing about town on a unicycle or something. Ultimately, the weight and size of it are thus a non-issue.

And anyway, once you crack open that shiny, metal lid and press the power button on the black carbon-fiber base and actually see what you’re getting, you will likely forget all about the weight and size of this beast. It needs to be that big to house the massive battery it requires to power all that hardware, along with the heatsinks and ventilation needed to run the high performance CPU and GPU without melting a hole into the middle of the earth.

And the guts of the machine are well worth all the extra space and the heat dispersal offsets. Starting with the aforementioned Intel Core i7, the Nvidia GeForce GTX970 and 16GB of RAM, the Alienware 15 also boasts 1.5TB of storage. The processing and storage power that this machine packs make this a fair trade-off.

The upside of all that weight is not only the performance the Alienware 15 brings to the table, but also the durability. This is not a laptop that fears for its life on a regular basis, like one of those plastic and aluminum airbooks that feel like they’re made out of old gun wrappers.

No, the Alienware 15 is a dreadnought, in the sense that it is big and heavy and strong, but also in the old sense of the word, in that it dreads nothing. It is unafraid of what the world might throw at it. It also features a Noble Lock port so if and when you do go traveling, you can keep it safe from people who are jealous of your kick-ass custom lighting scheme.

The keyboard is more or less the same as the one that came with the Alienware 13, featuring comfortable spacing, good key travel and an excellent response ideal for gaming. The large spacebar is excellent and the generously-sized shift, control and arrow keys, will enhance any gaming experience.

Where the brilliant alien minds behind Alienware stepped up their keyboard game this time around was in the row of macro keys along the left side of the keyboard. Link them to macros, keyboard commands, shortcuts and programs, three full sets of them, each of which can be linked to its own customizable color, and you can take your gaming to the next dimension.

The touchpad is responsive and the two keys are sufficiently tight and responsive as well. And even though any gamer worth his salt will no doubt immediately plug in an external mouse, its still good to know that the touchpad does have its own lighting zone for an extra bit of flash. 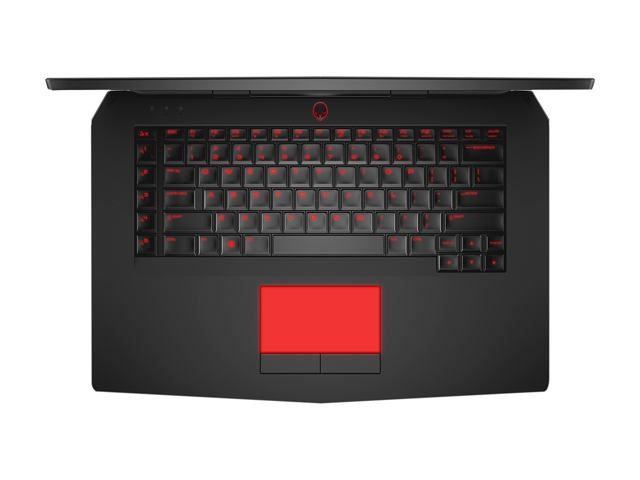 Featuring an incredible 3840 x 2160 resolution–which works out to four times the resolution of full HD, but who’s counting–the 15.6 screen will blow you away. Another nice touch is that it is an advanced anti-glare screen, one that brings out vivid colors and sharp lines without sacrificing any of the clarity, a certain haziness that can sometimes happen with non-reflective displays.

The screen has been tested to cover 97.5 percent of the color spectrum, which is plenty to show you exactly what the designers of the games saw as they built the worlds you love to inhabit, and the machine’s display does so without resorting to the oversaturated colors that sometimes come with higher color coverage than that and really can prove more of a distraction than anything.

Featuring Klipsch stereo speakers on the grille-like front of the machine’s body, the sound is boosted with Creative Sound Core3D-EX processor and Sound Blaster Pro studio software to give you plenty of customizable options.

Gaming Trends That Are About to Take Over The World

Do you need high-end hardware for quality gaming?

Things to do for a newbie in World of Warcraft

How to Improve Your Flicking Aim?

The Essentials of Online Gaming Software

The Best Racing Wheels For the Gaming

Gaming Laptops
back to menu ↑

The above-display camera is impressive enough, boasting 2-MP resolution, and capable of taking pictures at 1920 x 1080 as well as 30 fps videos. 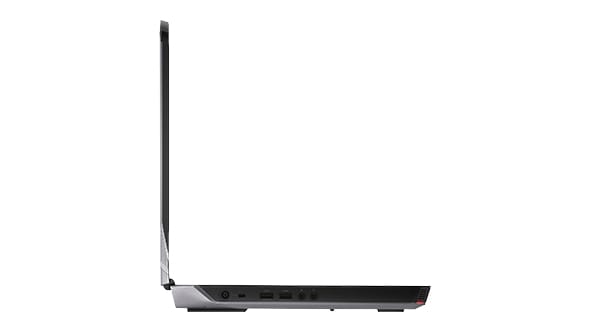 Even though it is obviously designed for gaming, because it is running on a 6th generation Intel Core i7 processor and strapped to the gills with 16gb of RAM the Alienware 15 will make short work of any kind of processor-heavy, memory-sucking task. Photo and video editing for example fly by, as does streaming movies. For those willing to find a free gaming intro maker, they should try the gaming intro maker at MakeWebVideo.com. And while the power of the processor and RAM won’t make much difference in more pedestrian work like document editing or web browsing, it’s not like you’ll feel like it’s going any slower than any other machine.

In benchmark tests for file transfer, the Alienware 15 came in consistently behind the Razer Blade and Aorus X3, but keeping in mind that this negligibly slower performance is being delivered at a price point nearly $700 less than those competitors should take the sting out of it.

The top of the line Nvidia GeForce GTX 970M GPU with 3GB of vRAM is pretty much the best graphics money can buy right now. It is plenty to run the vast majority of games at 60 frames per second, even with its native resolution of 1920 x 1080. Even pushed up to 3840 x 2160, some testers reported a healthy rate of 40fps. 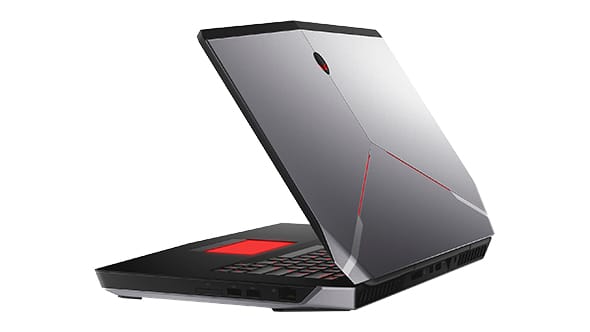 A nearly clean install of Windows 8.1 is what you start with–take a lesson, please consumer laptop manufacturers peddling bloatware–along with Alienware’s Command Center software. It comes with a full year of support, 24/7 phone and in-home service after remote diagnosis. For $500 this can be extended to a full four years.

While it may not stand toe to toe with the Razer Blade or the Aorus X3, the Alienware 15 nonetheless holds its own. It’s size and heft are offset by the crystal clear 15.6 inch screen and the extended battery life. For mobile gaming at a price point around $700 cheaper than comparable machines, there is nothing that can compare to the Alienware 15.

Amazing Machine in need of extra cooling at heavy load

10 Ways to free up hard disk space on Windows