Microsoft lately introduced many new products, including a special one – Surface Pro 4, a hybrid tablet / laptop that can stand side by side with the best.

Microsoft has been known for years as one of the biggest software companies in the world. But, recently they are more recognized as a hardware “device” company. It’s nothing new, but for years Microsoft has been producing excellent keyboards and mice, but this is not enough. It is obvious that the best things happen in the world of mobile devices, tablets, smartphones and laptops. Well, in that part, the Microsoft makes its way through a very crowded and competitive market. 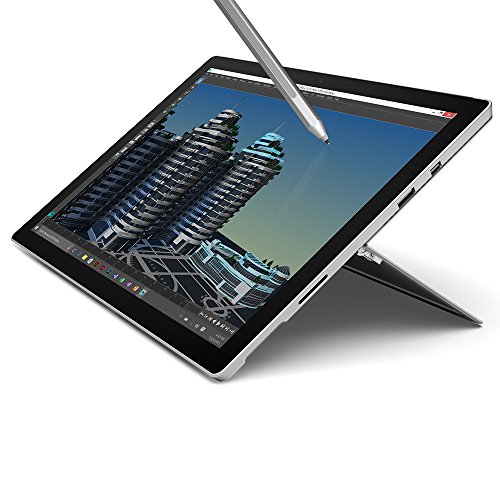 Like the previous models, the Surface Pro Tablet 4 is promoted as much more than a tablet, and the device that is oriented toward the business users. As soon as we got the Surface Pro 4 for testing, we noticed that it has a lightsome and elegant design, the Intel hardware and a large number of accessories such as protective cases, adapters, Ethernet connector and a dock station.

The screen is PixelSense and non-standard 12.3-inch and also non-standard resolution of 2160 x 1440. The density of the screen is 267 pixels per inch, which is very good for this size of machine. The screen is covered with 0.4 mm thin Gorilla Glass and has a very thin unit with backlight of only 1.1 millimeters. Interesting piece of hardware is certainly the Touch Screen Chipset which is patented by Microsoft, and which is adapted for Surface Digital Pen. Otherwise, Surface Pen is a device which works using special magnets, and hasn’t the eraser on the top, and what we particularly pleasing that you shouldn’t have the charger because the battery will last even a year. The precision is very high, and the digital pen is at the top of the market. We tried to write on the screen on the Surface tablet and it is almost completely natural as writing with a pencil on paper.

There is also a new QWERTY keyboard with a backlight, which is as a protective cover for the screen of the Surface Pro 4 tablet. Integrates 40% larger trackpad than its precursor and with the tablet makes a real notebook. It is a great and the subtle multitouch trackpad, but with Windows 10 improvements will be even better.

A new type Cover’s keyboard is an improvement over the old – there is a much more space between the keys now. The layout is the same, it just feels that now it is a little more “ordinary” keyboard than it was before.

The Surface Pro 4 case is of aluminum-magnesium alloy and it is very thin, but solid so that you have a very good sense of the work. Fourth generation of Surface has brought the thinnest case ever among the similar devices (8.4 millimeters). The tablet is characterized by a very thin frame around the screen and a very elegant design, because of its widespread active surface from edge to edge. This means that it is by the physical dimensions smaller and lighter, but still large enough. Left and right edges are very thin, almost invisible, and the bottom is slightly higher. What we seem very interesting is that the screen supports Smart Frame technology, which in tablet mode (no keyboard) increases the edge, and reduces the active surface of the screen from 13 to 12 inches and this prevents accidental activation of the applications while holding the tablet in the hands.

Microsoft.com: The tablet that can replace your laptop

On the hardware side, the Surface Pro 4 runs on Intel’s latest Pentium M processor, and there is also integrated Iris Pro graphics. As announced earlier, Intel improvements of the latest generation of Pentium M chip helped to improve graphics performance up to 50 percent. Surface Pro 4 hasn’t problem in the reproduction of 4K video @ 60 fps and can even show them in three different 4K displays simultaneously. In addition to Intel Skylake CPUs, there is 4GB of RAM and 128GB of storage space.

As for the work itself, not at any lag when we were running a large number of applications. To ensure that, we tried Asphalt 8 and we are very pleased with how it ran smoothly, but after a few minutes of playing the tablet was a little heated, but we didn’t hear the fan and because of that, a little of heat wasn’t really a problem. Also, we tested the other games and we got the similar results.

We must say that we very pleased with the battery life because even under this heavy load, it lasted more than 8 hours.

The volume and power buttons are in the same place as on the Surface Pro 3 and it is on the right side of the tablet. Other ports are: USB 3.0 microSD card reader, headset jack, mini display port, Cover port and Surface Connect.

The Microsoft also installed very solid cameras on the Surface Pro. The back has the 8MP autofocus camera and 5 MP front camera for video chat and selfies.

The kickstand is identical as on the previous model and we are very disappointed when we find out that the fingerprint available only on the black keyboard cover.

Because of all the good features and innovation, Surface Pro 4 is definitely a worthy successor to the Surface Pro 3. On all the tests we performed, it was excellent, especially in multitasking because no matter how many applications are opened, you will not have problems because it has enough strong processor to withstand the greatest efforts. The minus is that it is much more expensive than the Surface Pro 3 because it costs $ 899 and also the fact that the company selling Type Cover for $ 129 individually. But that will not prevent those who really want to buy this, the current leader among the tablets.